News Group
Certificates
More
Issue Time:2019-07-24
On the evening of July 24th, the international champion cup match between Inter Milan and Juventus will detonate the Nanjing Olympic Sports Center. Today, the two teams held a pre-match press conference in the Olympics.
Juventus press conference
In the media release hall, a large number of reporters gathered here, looking forward to Juventus's press conference, looking forward to the emergence of Ronaldo, but unfortunately, Juventus coach Surry brought the goalkeeper Szczesny. Surrey said: "I am very happy to come to China. We played in Singapore before. Tonight, I don't expect to have a lot of changes compared to the first game. On this trip, our There are very few trainings, but a lot of games have been played. So, the key moments for the new season will start from the end of July until August 10."
After the press conference, Juventus moved to the Olympic field and opened the open training of the competition. In fact, last night, the Juventus team had started training at this venue, but Ronaldo did not arrive at the time. Today's training, the emergence of Ronaldo caused a sensation. Off-site training tickets for "not for sale" have been fired by the "yellow cattle" to two thousand.
In the stands of the training ground, a large number of fans held their jerseys and shouted the name of Ronaldo. When C Ronaldo really showed up, the audience was boiling. During training, whenever Cristiano Ronaldo touches the ball, it always causes a burst of shouts.Juventus football uniform custom
Previous what do you need to pay attention to in baseball customization?
Next What do you need to pay attention to when customizing your sweater?
KeyWords
Don't forget to sign up!
Find out early about all upcoming promotions andnewproducts releases
Contact Person 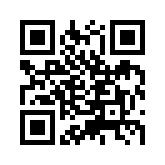